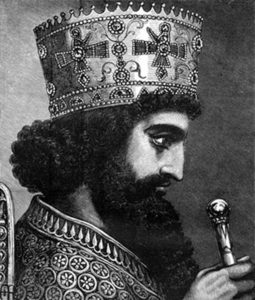 Just in time for Purim that is coming on March 1, Ayatollah Ahasuerus of Iran married a nice Jewish girl Esther. But her elderly cousin refused to bow to the Commander of Iran’s Revolutionary Guards, General Haman. Haman decided to annihilate Israel as well as the Great Satan USA. He offered 10,000 centrifuges to the good Ayatollah, who had been secretly drinking for 180 days, if Ahaseurus agrees. The Ayatollah went along with the General’s demand.  Stand by for the exciting conclusion tomorrow.

You may also enjoy...